Find up-to-date information and resources for supporting students with disabilities.

Challenging behavior, either from a student with significant disabilities or a mild learning disability, is frequently an inappropriate attempt to communicate a need or a feeling.  Children do not always communicate their wants and needs accurately. 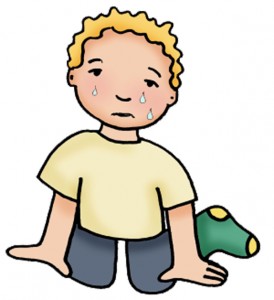 Whether verbal or nonverbal, children do not always communicate their wants and needs accurately. Observe body language to help translate the message. Body language (posture and facial expressions) can reveal physical discomfort, over stimulation, frustration, difficulty with task, anger, and other feelings.  For example, if a student is attempting to complete a math worksheet, but after finishing two problems, he drops his pencil on the floor, and then kicks it. How might you interpret the behavior?

The reasons for challenging behavior can be many and varied. Assistive technology often proves to be very useful when students are struggling with academic and other demands of school.  Refer to Decision Making and Selection of Assistive Technology Tools from the Virginia Assistive Technology Network for ideas.